Eventually we all pay 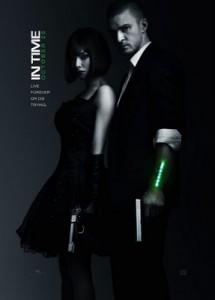 Here in Australia we just had Qantas shut down for nearly 2 days, stranding thousands of people around the world. If you scratch below the surface of this action and zero in on the source of why the executive team decided to do this, it reveals the cost of a world in the middle of a transition to globalisation.

Complexity can never be looked at through a simple lens. As Bucky Fuller said, we have to start with the whole (synergy). Sure, if I were a passenger stranded in some place, with a limited time to get to a very important event, or to start my holiday that I have saved for for years, I would be seriously pissed off. And if I were a worker, imminently facing the loss of my job to cheaper labour overseas, I would be frightened.

But we simply cannot point a finger of blame while at the same time enjoying the fruits of the cost of this. Globalisation means jobs are off-shored. I get to buy my electronic gizzmo’s for a much cheaper price. Lovely. I get cheaper travel with airlines that have cheaper labour. Lovely. But at what price? And when do I ask that question? As I am paying for my next exciting techno gadget? Or when my whole livelihood is threatened? For as surely as my job may be under threat, somewhere in the world other families are celebrating their success in getting the very job we have lost. Just as blue green algae is celebrating a world with more CO2.

I am actually a fan of globalisation. It is a tide coming in that has its own momentum. To try to fight it is futile. Same as trying to fight the advent of the car. Sucks if you made your livelihood from horse buggies. (I do think we could transition to globalisation in a much smarter way than we are doing it now, by the way.)

The incident with Qantas is just another little signal in a sea of signals that change is moving faster and faster. The ability to adapt to change is ever increasingly becoming a skill of high value. Do you have this skill? Or are you the one resisting, being dragged kicking and screaming?

The question is, when will we pay? Or who will pay, and when? Qantas is a signal that its current workers are being asked to pay now. Today, or, in a few months or short years…they will still pay. No matter when, they will pay and they will not like it. Our dislike of things like a carbon tax is just about our reluctance to pay now. For somewhere down the track, soon, someone will pay. Will it be us, or our kids? Or both?

The tab will be tallied. This is unavoidable. Who pays and when, this we are bickering about. But make no mistake, it is simply a delusional delay.

Until we start to incorporate a different accounting methodology (integral accounting) that takes into consideration the all-in-cost of what we do, we are living in the delusion that we can get away with our many years of blindness, or sheer willful ignorance.

Part of globalisation at the spiritual level (now manifesting at the physical level) is the ever dawning realisation that we are all one.  Truly I cannot do anything in my little isolated world and not deny the consequences. We no longer have that luxury. The people in the Maldives are paying for us now. As are the people in Tuvalu, and Bangladesh. The Amazon…the list is long….and painful. Animals…species, extinction…and yes, some of us privileged westerners are starting to pay. The confluence of the GFC and climate change, our health system, over population, all of these things are now showing up in a perfect storm that will effect all of us, even the 1%. In different ways, for sure. But there is no ‘there’ we can run away to. My air is your air. My sea is your sea. A virus is spread in the same air and water…

Getting fit and eating healthy food after years of indulgence hurts, in the short term. Few people enjoy that initial transition. But most people who stick with it, actually discover a vitality they had not even realised they had lost. To choose consciously to pay the all-in-price for everything we do will hurt, big time. Big changes in lifestyle will need to be made. We all know this, at some level, and are seeking to delay the arrival time for as long as we can. I propose that on the other side, when we are living with full consciousness of ‘we are all one’, then we will discover a vitality and humanity that we have long forgotten.

In the current movie, “In Time” there is a quote, repeated several times, that for a few to be immortal, many must die. Will, the character played by Justin Timberlake, has a response. “No one should be immortal if even one person has to die.” Idealistic, sure. But anything less reduces us to the lizards that we have evolved from.